I woke up in the morning wanting me breakfast. What am I gonna spread on my toast? Ooooh. Yeeeah. Vitalite.

Yes, well, nobody ever sang the lyrics correctly but what we later learnt was that the actual lyrics said Israelites. That was Pete's first knowledge of Israel. Then his churchy schooling taught him many a tale of Jesus of Nazareth, little towns of Bethlehem and whatever it was that was going to happen when Jerusalem was buildeth here among those dark Satanic mills. Dark indeed. 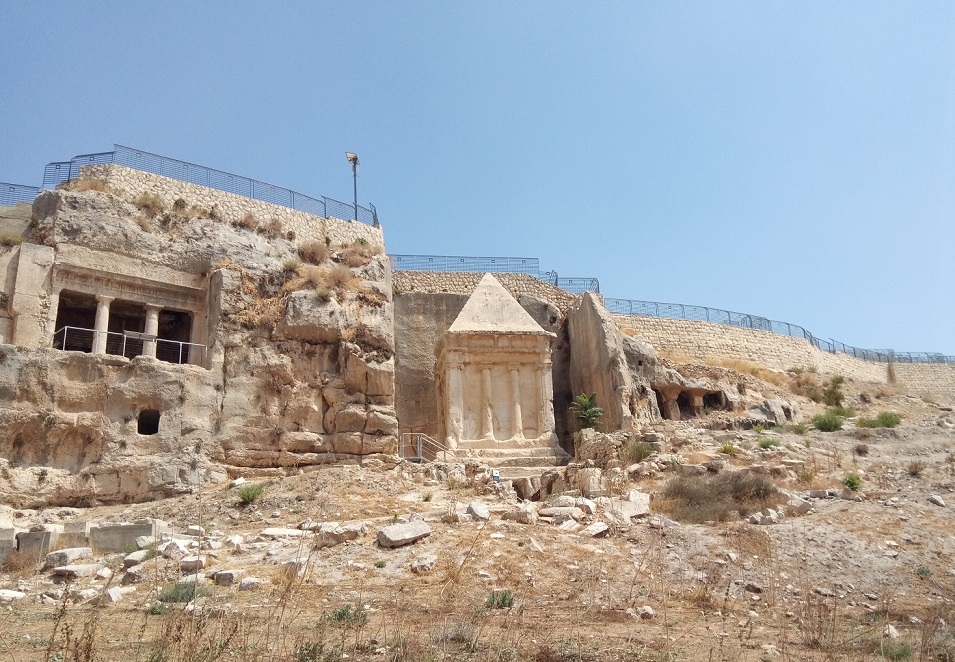 And here is one of the many (slightly underwhelming) blockbuster historical biblical sites. You can just imagine baby Jesus riding a camel through here. I thought these were just imaginary places from a story book... but no! They really are actual places.

Swerving the contentions of religion (better late than never), we will now swerve politics. Is that possible in Israel? Oh, go on then! Since we’re in what might be the most hotly disputed state in the world, let's have a little bit of "we got there first".

How come the Jews got Israel? Israel was created to give the Jews somewhere to call home after World War II. They really wanted Jerusalem ('cos religion) along with a nice bit of the Mediterranean for sea access and sunbathing. Who wouldn't? And so, after all they'd been through, the international community gave them Israel. Sounds reasonable, no? Trouble is, there were some people already living there. So, it becomes a squabble about who was there first. Some iron age tribes called the Canaanites seem to have been the first recorded inhabitants, but that doesn't solve the Israeli–Palestinian conflict and since we're not the UN, we'll leave that one well alone.

As well as being the centre of the Jewish faith, Jerusalem is the second holiest place for Muslims and the Christians claim it too. Even some new religions like the Bahai see Israel as a holy place. The Bahai, by the way, preach a sort of unified world peace – which is nice – but you do have to accept that all of the other religions are explained by theirs and that you will "obey the government", whatever that means. Oh, and Israelis aren't allowed to join the faith! They did make this remarkable garden palace complex in the north Israel city of Haifa though, so fair enough. 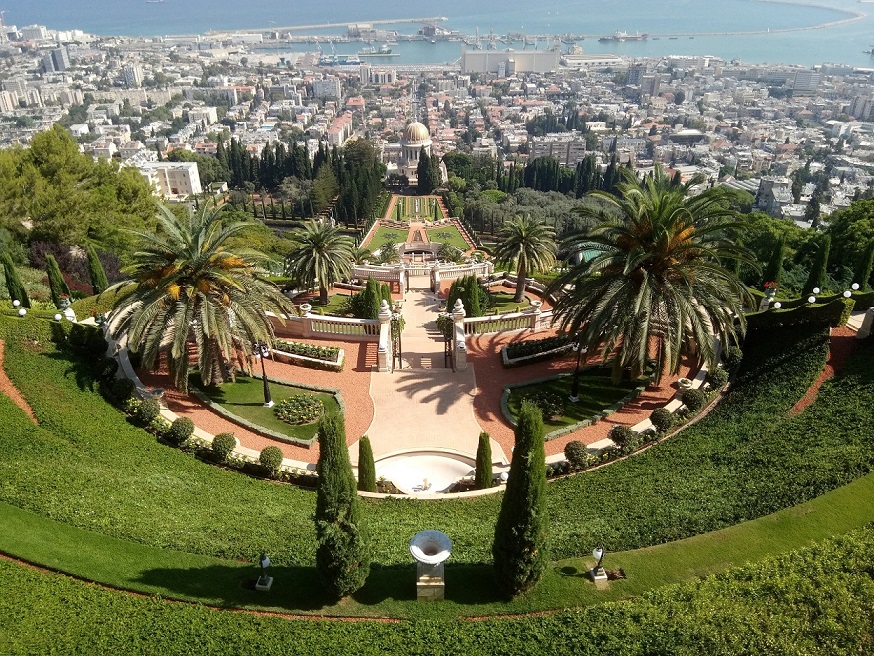 But what of the kebabs? Well, we really got to know the kebab offerings of Israel, for many reasons. One of the main reasons is that Israel is excruciatingly expensive. At a rough cost of 40 New Israeli Sheckles (which, at time of writing, was just under a tenner), the Israel kebab is second only to Finland in the price stakes, being more costly than its equivalents in Norway, including up in the Arctic Circle!

How can this be? Well, it’s because thriving arms trade and oil sales mean that their economy is booming (while our British Pound takes a pounding), not that the average citizen notices it: it’s one of those countries where, it would seem, the rich get richer and the poor get left behind. None more so than the inhabitants of the landlocked and threatened nation of Palestine, but wait! I said I wouldn’t get too political, so we’ll leave it there and get the babbies out.

Jerusalem kebab up first and it’s a good one. 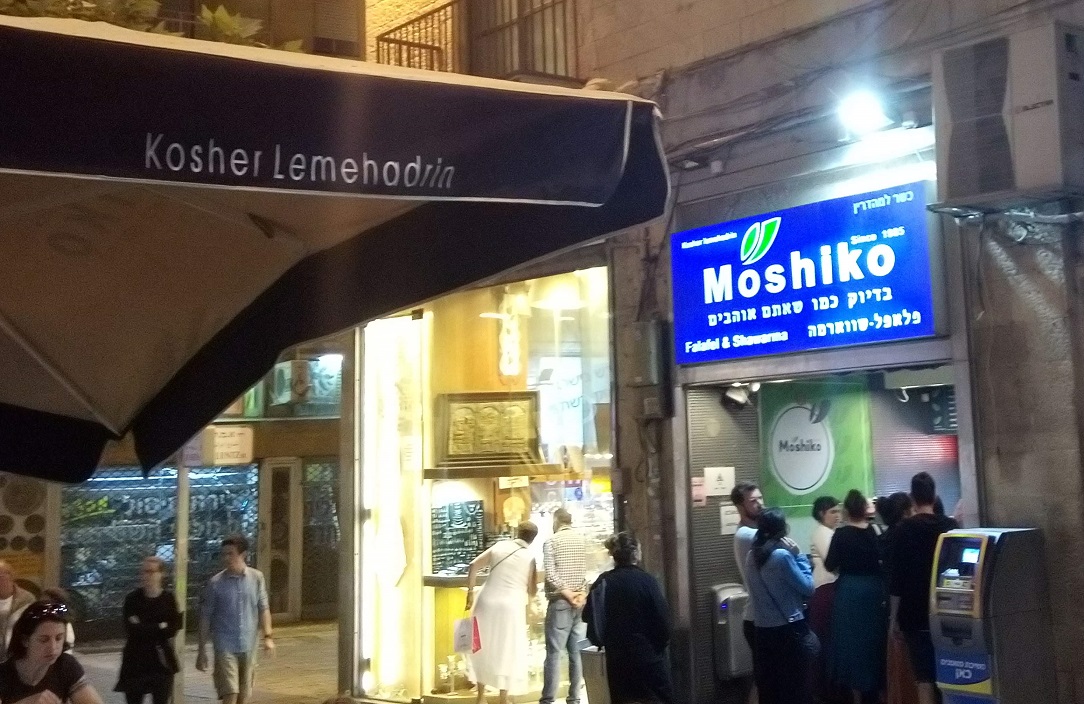 Churning out a decent-sized feed for less than a tenner, it is no surprise that this place was always busy. By far the best option is the large “shawarma laffa”, a big soft doughy bread, not unlike a naan, that can be stuffed full of fresh salad, veg, falafel and meat. No pork though, they don’t like that over there. Something about cloven hooves... Their loss. 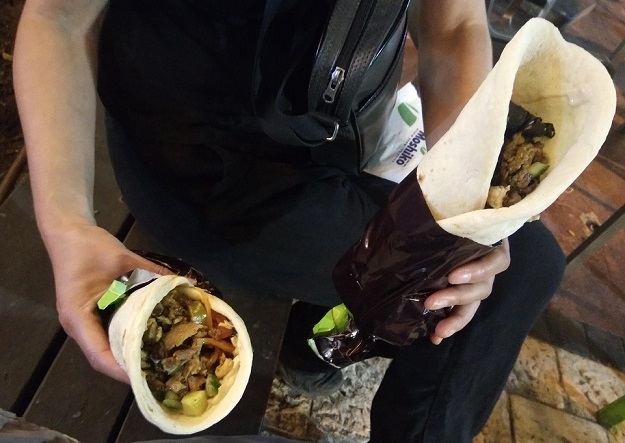 And here they are. We both delighted in the hunger-satisfying chicken shawarma laffa, getting into the middle eastern groove. The approach is to start by giving you options of what to stuff into the bread, then it heads over to the salad bar, where you can add fresh veggies and sauces that will blow your head off. 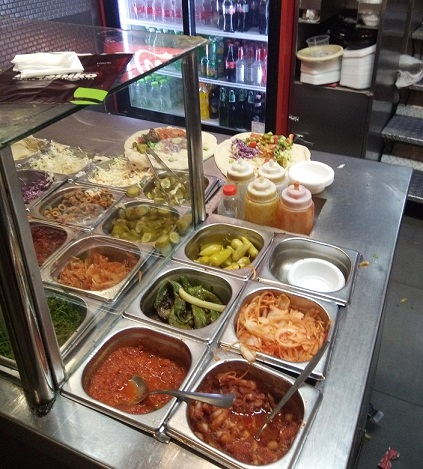 They do know how to do spicy and with ingredients like fresh tahini, pickled gherkin, aubergine, red and white cabbage, hummus, sauerkraut, carrot, kimchi, onion, parsley, cucumber... the list goes on but you get the idea... you really can get your five (or twenty) a day of fresh veg just from eating kebabs. 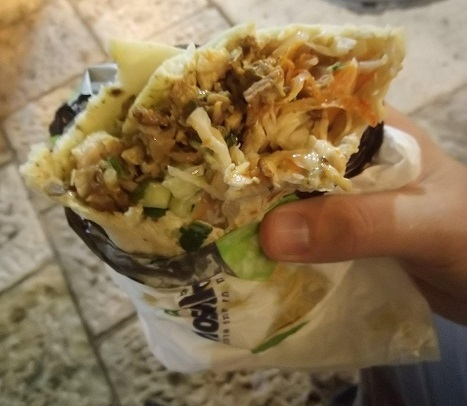 It was a fine kebab.

Pete's not sure if it is the best ever, but the salad and veggie bar probably is the best so far.

And on to the second coming...

While not being located in the place of birth, or death, of some-people's Saviour, the Haifa kebab certainly saved our souls as it delivered on size, taste and timing. One feature of the Jewish faith is that you aren’t supposed to do anything on Saturdays. This is a bit of a tricky one, since strict Jews won’t even press the button in an elevator, as that counts as work. So, when we wandered off to the beach one morning (downhill), what we hadn't seen coming was the lack of buses. Long story short, after a long, incredibly hot and uncomfortable walk up a big hill, we found this oasis of taste that delivers massive kebab baguettes – even on a Saturday. 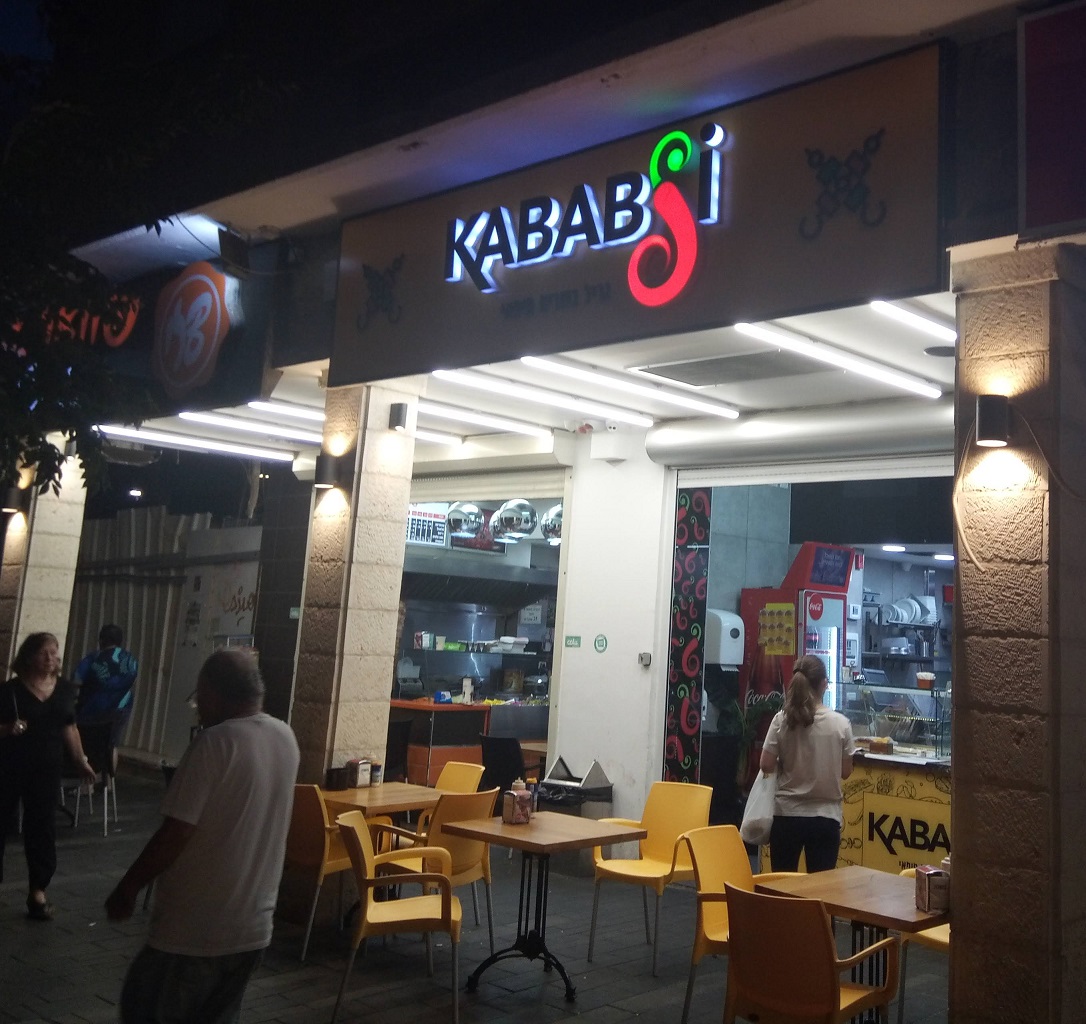 For a tenner, this was the best way to get yourself fed without breaking the bank. Stand-out features of this venue’s offerings are, again, the veggies, which include pickled aubergine and onions macerated with sumac. The sort of thing you’d have to be surrounded by tedious hipsters to get in London, but here are served by some of Haifa’s badass Arabic youths who, so we are told, live harmoniously alongside the Jews, Bahais and all the other faiths that cram into Haifa’s industrial but rather pleasant cityscape. 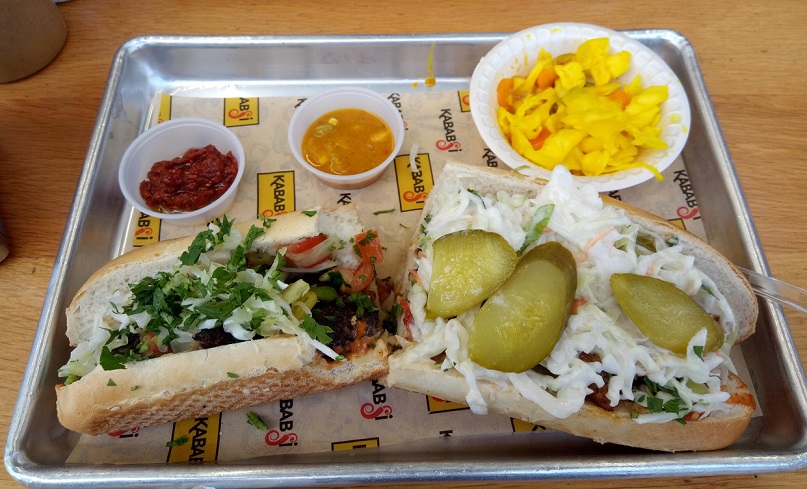 Worth a tenner? We're not sure about that, but it was a tasty treat and about half the price of anything else around.

Falafels are ubiquitous in Israel, and we did sample them occasionally, but the kebab meat (be it on an ele-leg or skewer) was always so tender and juicy, and never greasy, so it didn't feel like the salt and fat fest we've had in other kebabs and Kate didn't want to miss out for the sake of a vegetarian kebab review, sorry!

The scores are for the holy Jerusalem kebab:

The next kebab destinations are in South-East Asia in early 2020. Thailand, and Malaysia kebabs: here we come. Kop Kuhn Krapbt!