Honduras is home to two of the most dangerous cities in the world and, at the time of this review, it is awaiting the result of a disputed election to see who is in charge of it all.

Rather than running the gauntlet in any of those places, we’re in the town of Copan Ruinas, a relatively safe tourist hotspot and the access point for some of the best ancient Mayan ruins in the world. 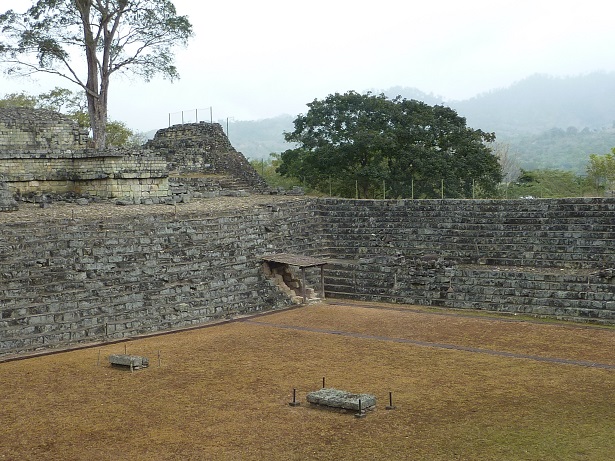 It was home to a Mayan football arena where teams played with latex rubber balls made from the local rubber trees. It wasn’t always so safe here, though, as those Mayans weren’t such good sports – the game is associated with ritual human sacrifice where the losing captain would “donate” his head to become the ball for the winning team to kick around with. Oh, and they ate people sometimes too. A huge contrast from the modern Hondurans, who were all lovely! 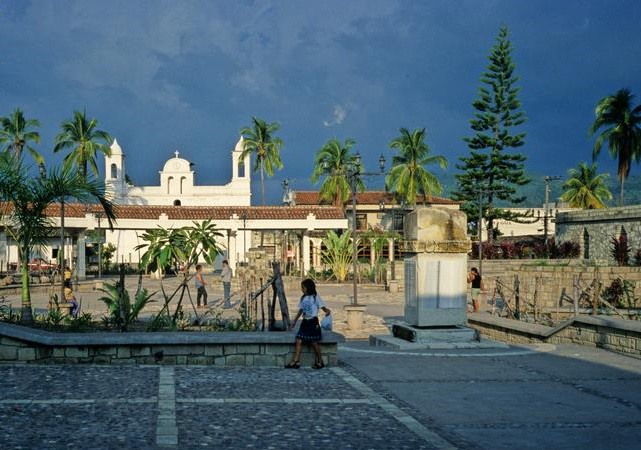 The town square was a buzz with locals selling second-hand clothes and groups of kids and families sitting around gossiping and watching the world – and the gringos – go around.

Go back 600 years and it was a totally different story, the Mayan royalty and the classic hangers-on resided in these fancy streets and courtyards (right). Their legacy is a load of sculptures like the pretty birdy (left) and lots of pyramid-shaped burial temples and altars (centre) on which they would ritually sacrifice people and animals to their gods, all after a good kickabout. 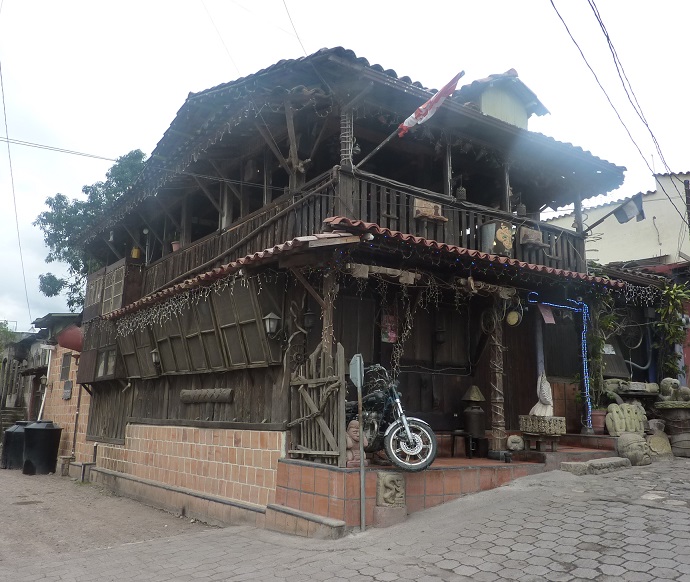 As fate would have it, though our Honduran adventure was short-lived, the gods (a google search for “kebab”) shined favourably on us and Copan Ruinas made an offering in our name (actually, it was called ‘mixed kebob’). It was at this rather eccentric converted old-style Honduran house that kebab had made its way onto the menu.

A delightful place, where we were met with a smile and a fire-pit for some flame-grilled meaty magnificence. 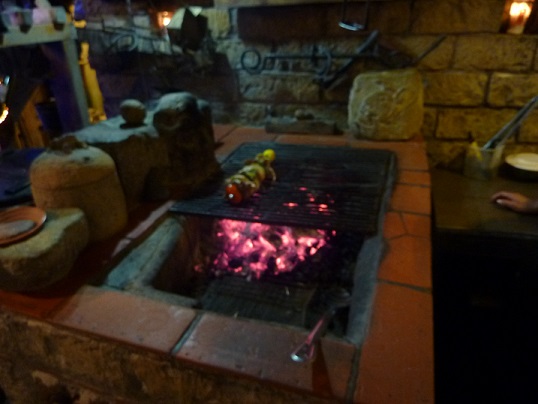 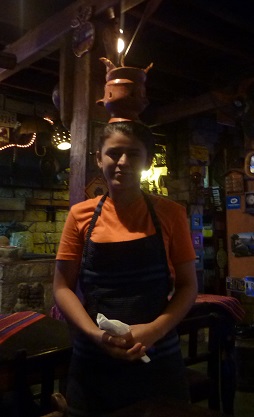 The charcoal fire was started up to order and brought to a blistering heat – necessary as it was unseasonably cold – by a mechanical air blower, replacing the traditional craft of the fire ‘expert’ blowing charcoal dust into face and food that is the ceremonial stalwart of any good barbecue.

Whilst we waited for the kebab, we were treated to a starter of tacos and beans, delivered in the traditional way – on someone’s head. The skill was remarkable, particularly as Pete insisted on taking several photos.

Finally, the main event arrived. Reminiscent of the Latvian kebab, this was one big skewer of fine juicy meat. 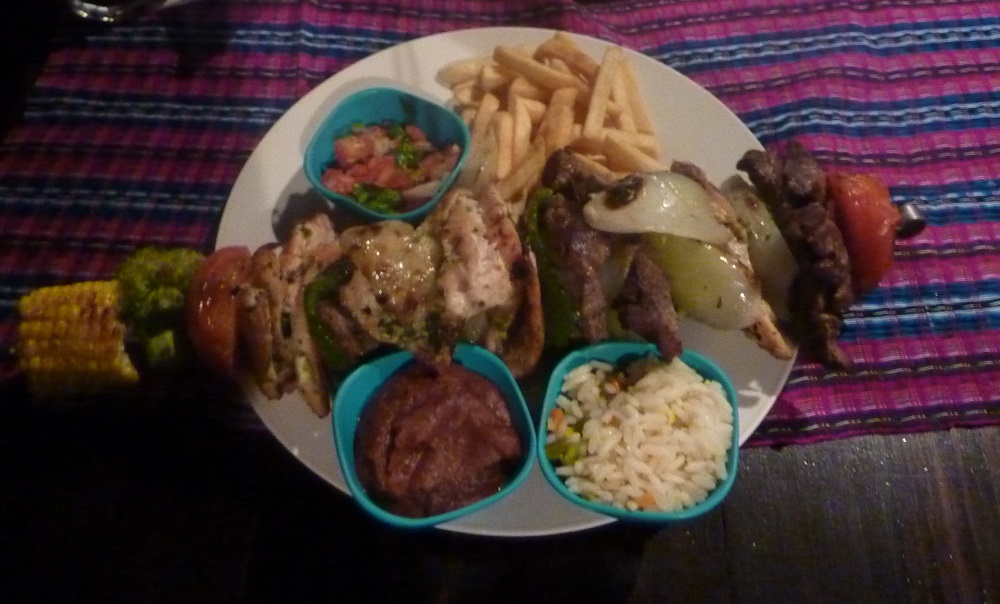 Lacking in bread, but providing some vegetables for variety and a series of sauces, this was a juicy meat feast of marinated spicy chicken and succulent chunky beef lumps that were charred on the outside but juicy pink in the middle. Not your traditional kebab, this kebob was the best we were going to manage from Honduras as the bods in the foreign commonwealth office called us back to safer soil as the locals were preparing for another round of demonstrations against the ‘irregular’ election.

Before you could say “coup d’etat”, we were back in Guatemala and heading north to see what kebabby joys they can serve up in the United States of Mexico.