Berlin is a city famous for many things, but rather than worry about the history (all too depressing), it is far preferable to focus on what is truly important for the here and now – and that usually means food – and with us, that usually means a kebab. 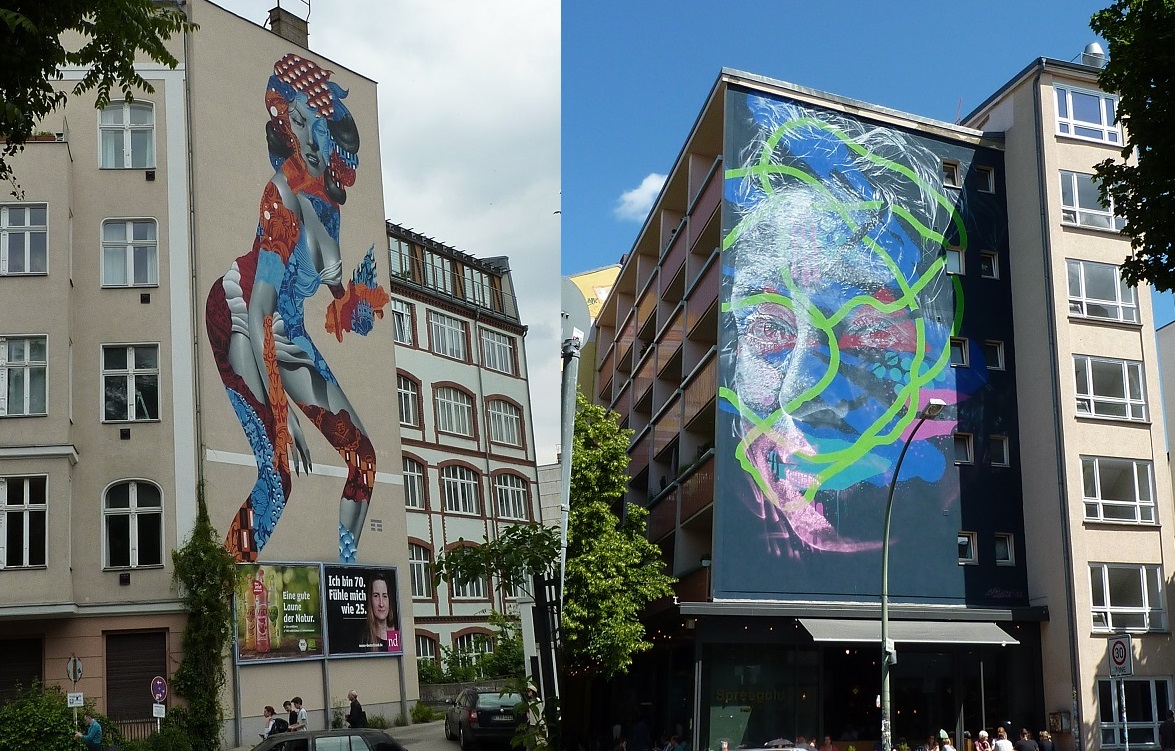 But first – to get that feeling of having earnt it – it can be good to do something cultural. One thing that is apparent when exploring Berlin is the abundance of random artistic creations: you turn a corner and you could be faced with a ten-storey painting of an earth goddess, or a cyborg variant of swirly obscurity (other descriptions exist) adorned onto the entire side of a housing block.

Art is as inescapable as history in Berlin, and often the two come together, like in this conversion of a utility cabinet into a scene from Berlin's troubled past – located next to part of the Berlin wall in the former East. 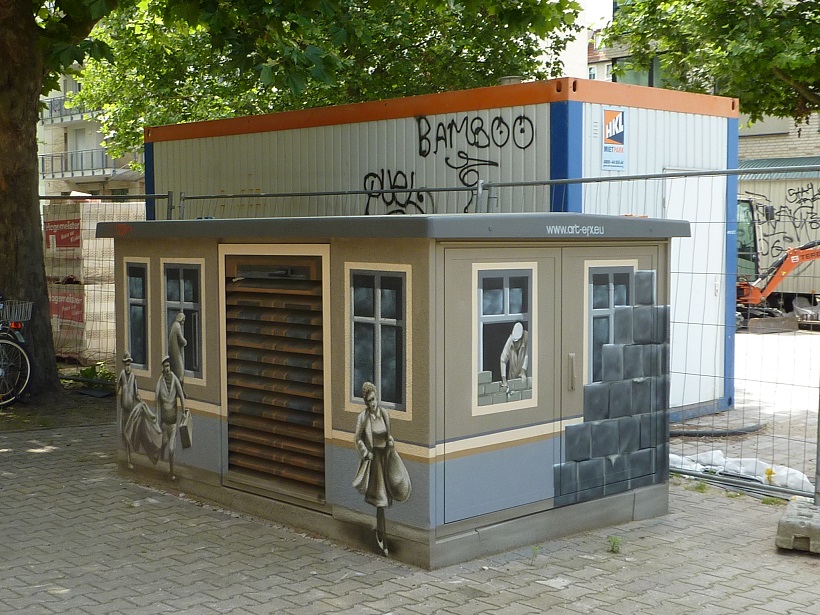 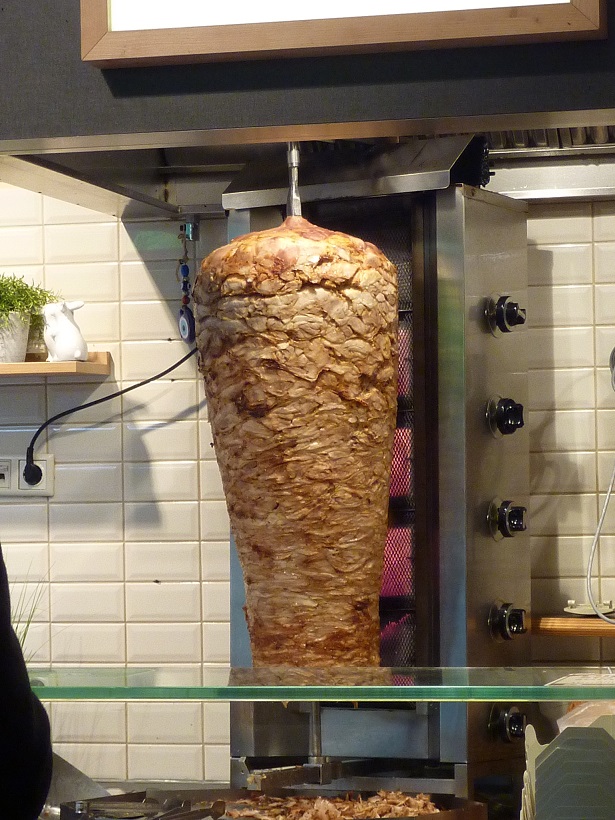 Another form of street art that you cannot avoid in Berlin is the beloved ele-leg, and the scale of the masterpiece is often equally as impressive as the art and the architecture. 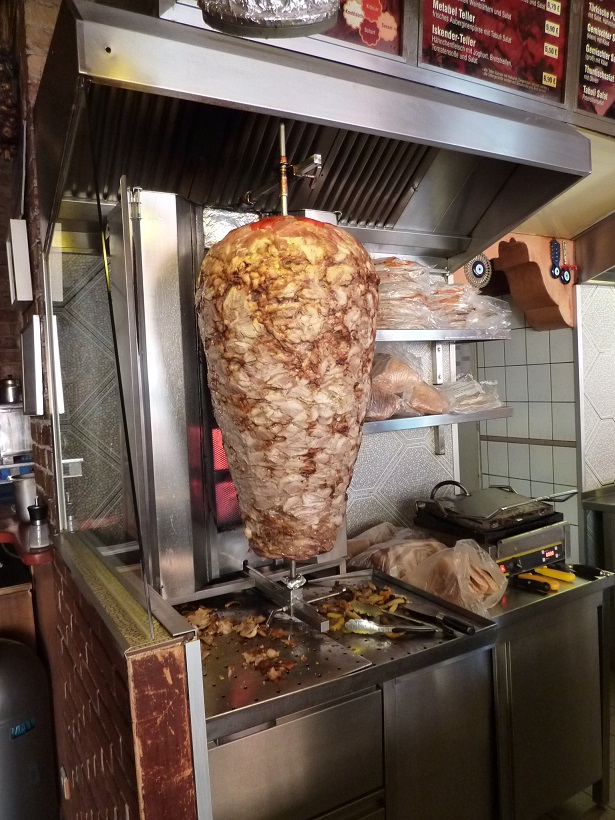 These magnificent spinning towers are typical of the quality and size of Berlin's ele-leg community. The homemade works of art are literally oozing with quality.

"We make this ourselves, from chickens that we buy."Ali Baba, June 2016

And there is even something for the vegetarians. The gemüse (vegetarian) kebab is very popular amongst the local hipster population, whose dedication to being ethical is rewarded with drops of chicken fat, which give their gemüse kebab that tasty protein edge.

This love of all things meaty has evolved far beyond the humble sausage for which Germany is famous and helps to unite the Berliners with the immigrant population, many of whom dedicate their working lives to the ele-leg – labouring to provide tasty creations that are enjoyed by Berlin residents and tourists alike. Never mind the jelly doughnut – if JFK had gone for a walk around Kreuzberg, he would certainly have said:

Along with the art, and the history, Berlin is also known for its rudeness – the "Berliner Schnauze". 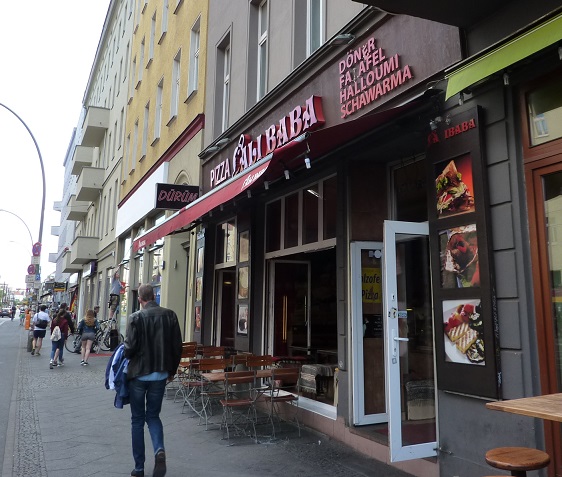 The Berliner Schnauze, meaning "Berlin snout", refers to the dialect and attitude that Berliners are known for; you encounter this in the trendy areas, the bars and the restaurants, where you can expect a standoffish attitude that may appear to the uninformed tourist as just plain rude. If the too-cool-for-school Berlin crew get too much for you – then duck into a kebab shop, where you can expect a far friendlier welcome. 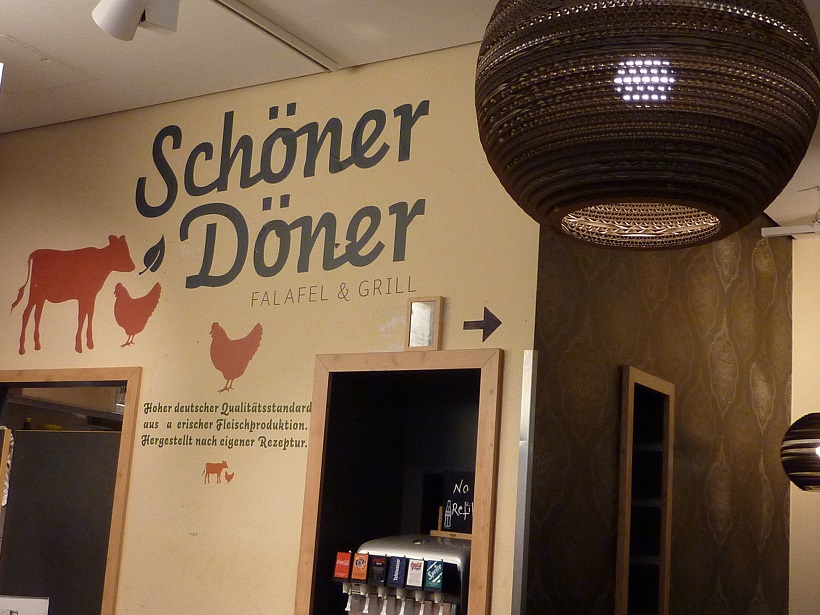 From Ali Baba on a busy street in the former East, to Schöner Döner in the shopping mall at the Sony centre in the heart of Mitte, you can expect a consistently good kebab in Berlin. Schöner Döner was, if truth be told, a slightly saltier kebab than you get from the more traditional venues around the city but sometimes it is the salty strips of saturated fat that make a kebab so enjoyable: it's wrong, but it is so right.

It is standard for a Berlin kebab to come in Turkish flatbread, and to be served with a variety of sauces. On the subject of sauces, it is fair to say that the German pallette is only just discovering spices, and so if you want hot sauce that is really hot, then you will need to convince the vendor that you are not German, and that you can take it; they usually have something more aggressive reserved for those that want it. 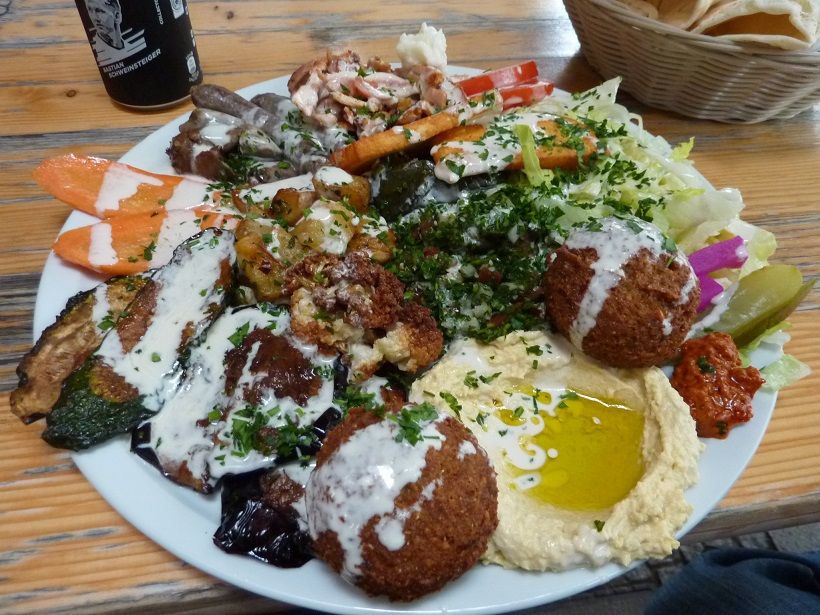 Another surprise that Berlin has up its sleeve is the abundance of kebabs on a plate. The Döner Teller (no, not a ninja turtle) is a plate of kebaby goodness be it wrapped up or served on a plate. With hints of Lebanese and Greek food, the variety of flavours and dishes mean that you could eat your way around Berlin in 80 kebabs, and you'd still want more.

It is with a heavy heart that Berlin must be left behind, but the kebab-athon marches onwards, onwards with solidarity for our European brethren – and solidarity with Poland. To Gdansk!